I have done this before. I can do it again.

This is not my first attempt at getting myself back in shape. In late 2005, I decided to get myself moving, eat better, and drop some weight. And I did. I dropped down to 183 pounds and was feeling pretty good. 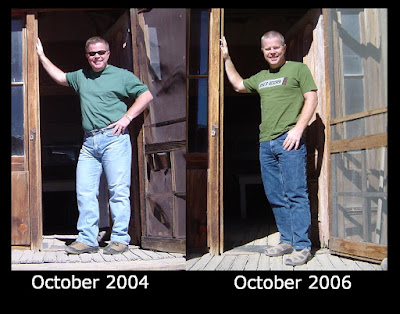 But, life being what it is, my efforts at getting in shape came to an abrupt halt in January 2007 when I contracted pertussis (adult whooping cough). Suddenly, just breathing was difficult enough, and I was on short term disability for two months. It really messed with my health, but worse still, it gave me an excuse to stop trying. So I did.

Rather than spend another moment thinking about the could of, would of, should of, I am going to focus my attention on what I can do now to improve my health. I've dragged around long enough.