We'll all been there. We plan a specific workout, then halfway through, we realize that we really don't want to do it at all. So we begin to barter.

It happens. Heck, it happens to often to me that I have coined a phrase to describe the exact moment when it begins. I say, "And then I hit Barter Hill."

We're bartering, and we know it. We just don't want to stay the course, so we begin to promise ourselves the moon... whatever it takes... to give us the mental freedom to quit.

I need Action 042 - Don't Barter. When I set my mind to a task, I need to see it through. Why tie myself to an even bigger chore tomorrow when I can stick with today's and be done with it?

Don't barter. Don't make a deal with my own devil. And don't make tomorrow's promises as a way to break today's. 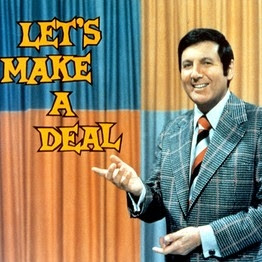