Anatomy Of A Slump

It happens to the best of us. One day, we're running our miles and lifting our weights, and the next day, we just don't. It's not just a day off, it's a missed day. And then another. And maybe we eat a bit more than normal and then another day goes by without a workout and we eat a little more and... and... and..

And just like that, we're off-track. And not just a little. A lot. Days, weeks, even months go by, and we're out of our groove. Our once-essential workouts are something we mean to get back to, but we don't.

We are in a slump. And it's a bad thing. By the time we realize it's happening, we can be so far in a downward spiral that we can't see a way back.

If you're a lifelong athlete, you are used to these down times and you know that you can turn it around. But what about the rest of us? What about those of us who have spent more of our life overweight and out-of-shape? For us, the fear that we have become that person again! can be overwhelming. Worse, it can become a self-fulfilling prophecy. 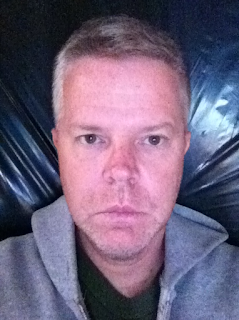 I speak from experience.

On May 20, 2012, I ran the Pasadena Marathon. I spent 100 days focused on my training and preparation. I blogged each day, every day, and chronicled 500 different actions to help me get ready. I raised money, gave interviews, ran countless miles, and prepped myself in every way possible for a successful marathon. And it worked. I ran it in 4 hours, 40 minutes, nearly nineteen minutes faster than my time for the Marine Corps Marathon this past October.

As part of my training and prep, I even made post-marathon plans to ensure that I stayed on track and didn't succumb to a funk after the big event. Unfortunately, I underestimated my ability to become my own trainwreck.

It started less than an hour after I crossed the finish line. We were driving home from Los Angeles and we missed the exit to our freeway. We got off at the very next exit, and right in front of us at the light was a McDonald's restaurant. My hunger went into overdrive and I insisted that we stop. Did I get a salad or a healthier chicken sandwich option? Oh, no. I went to my old standby, the Double Quarter Pounder with Cheese and a large order of french fries.

I didn't run the next day because I needed to recover from the marathon. Fair enough. But I didn't need to eat dinner at Wendy's Restaurant. Or lunch the next day at Jack In The Box. The entire week was one fast food joint after another, culminating in my eating a ten piece variety pack from Taco Bell. Yes, a ten pack. I polished off four regular tacos, three soft tacos, and three bean burritos. They were the smaller items, but seriously, I ate ten of them. That was the day I realized I had totally lost control again.

I slowed down on the fast food, but I still hadn't worked out. Not one minute. Nor had I run a single mile. I made halfhearted attempts at getting myself back on track, but it just wasn't happening. I had a half marathon scheduled for Memorial Day, and I went so far as to drive up to Laguna Hills and pick up my registration packet. But Sunday afternoon, I decided to hang out at a barbecue and drink beer and sleep in the next day, instead.

It was a poor choice. Bailing on the half marathon just made me feel worse. I skipped more runs and more workouts and continued my streak of craptastic eating. I was literally coming apart at the seams. I let one poor choice lead to another and another, which led to a series of them, all of which left me feeling like I hadn't changed at all from the guy two years ago who was sedentary, morbidly obese, and standing at the sidelines of his own life.

And that, folks, is how easily a person can go from feeling like he is on the top of the world to feeling like a total failure in just ten days.

Tomorrow's blog entry? Battling back. It's as hard - and as easy - as you think it is.

Email ThisBlogThis!Share to TwitterShare to FacebookShare to Pinterest
Labels: Slump