What a difference a couple of years can make. Two years ago, I had no idea there was such a thing as National Running Day, let alone a reason to celebrate it. Running was what people did if they were late for a plane. 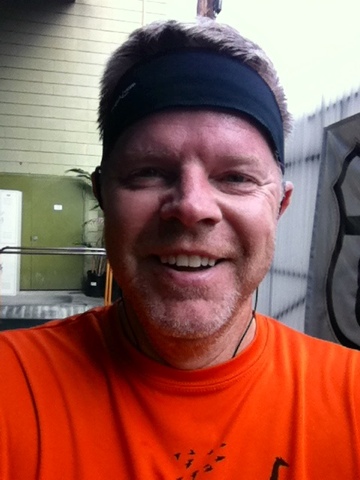 But look at me now. I've run two full marathons, eleven half marathons, several adventure runs, relay races, and more miles on the streets of San Diego than I can count.

More important than the miles is the change in the my confidence. Running a whole mile intimidated me before. Now, I can lace up my shoes and run six miles without any prep or training.

I'm also finding ways to work running into everything I do. At last year's Marine Corps Reunion, I talked a couple of buddies into running a mud run with me. Later today I'm off to Vegas for a this year's Reunion, and I will be running a half marathon with a couple other Marines on Saturday morning. And if I can pull it off, at next year's reunion, I'm going to fall in with a unit of active duty Marines and join then for a formation run.

I am a runner. I never thought I would say that. But two years, countless miles, and a wall full of finishers' medals later, I finally believe it.

So, what's your running story?