I'm off to Texas to run the Capital to Coast Relay. It's a 223 mile,36 hour, 12 person, 2 van adventure, starting in the beautiful Hill Country of Austin and finishing on the sun-drenched shores of Corpus Christi. This will be my fourth relay race, having already completed Ragnar Relays in Southern California (April 2011), Phoenix, Arizona (February 2012) and Napa, California (September 2012). This is one is unique in that it is a local event and the longest relay race in the State of Texas. It's also special to me, personally.

This race might be better described as the "John Hulsey, This Is Your Life" Relay, because my teammates represent my past, my present, and my future. In fact, our race headquarters is my Aunt and Uncle's home in Austin, and no one knows you like family, right?

I know Brian, Djan, and Bruce through the Marines. It's hard to believe that is has been twenty-seven years since I joined the Corps, but all this time later, I am as connected as ever to these friends. We have reconnected through the power of the internet and social media, and in many ways it's as if the passing years have slipped by unnoticed. The distance between us is much too great, though, so I am looking forward to having time together to catch up.

I am also running with friends that I've met in San Diego and known for several years. Kim and Doug are two amazing people, both so much fun and always up for an adventure. They are driving cross-country and meeting up with us in Texas, and I'm really excited that they are along for this experience.

More recently, I have become friends with Nancy, Jerome and Lynette. I met them all through the SparkPeople.com website, and our shared passion for running was the catalyst for friendships that I already treasure. They are positive, powerful people that bring such energy and passion to all that they do, and I'm so happy to be able to run this relay with them.

And my future? It's represented this weekend by the people I haven't met yet in person but will know well by the end of the relay race. Nicholas and John P., SparkPeople Buddies, have been such a source of inspiration and motivation to me for a long time, and I am looking forward to finally meeting them in person. And I know David and Laura through our Facebook relay group, and I am glad to have the chance to put faces to names and get to know them, too.

"This Is Your Life, John Hulsey." And it's true. I get to run this relay with people that knew me when I was a teenager just making my way in this world, with people that first met me many years ago when I was in my absolute worst physical shape of my life, and with people who have only known me since I have embarked on my journey of health.

Wow. Think about that. People who knew me as a little boy, as a skinny young man, as a fat grown-up, and as a man on a mission to lose weight. I have changed so much in my life, and these folks all represent touchstones for me along my way.

But the best part about all of this? These people each know me now as an athlete. They know me as a man who has run two marathons, fourteen half marathons, multiple obstacle courses, and relay races. They know me as a runner. And I'll take that reputation any day of the week and twice on Sunday.

Capital to Coast, I'm coming for you. 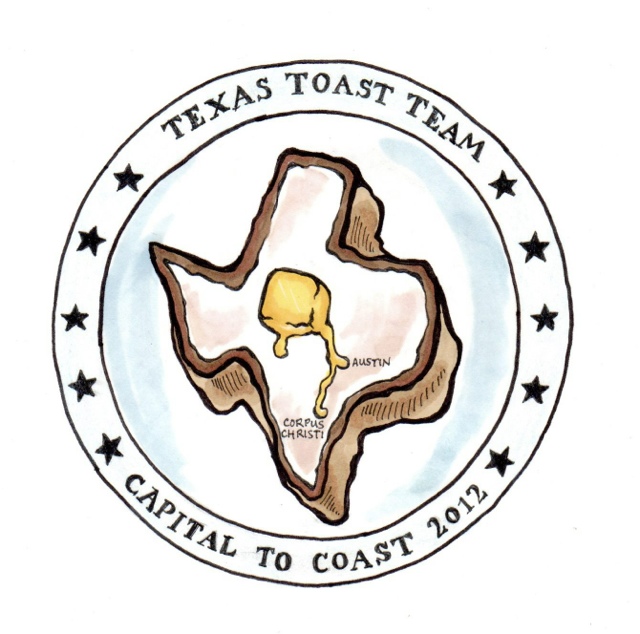