Life, Setbacks, and The Return of the Awesome.

Oh, life. It loves to throw you curveballs, right?

I just blogged about how my Perfect August not being so perfect, but I was still continuing with the challenge and going to keep myself on track.

And then came Wednesday, my next scheduled training run. Rather than wake up recharged and ready to go, I was exhausted from a long night of sitting up with our dog and her seizures. It was mentally and emotionally draining, which means that I was in no shape to go running. Worse still, I couldn't really even leave the house because I had to sit with the dog until Ric could get home at 3:00pm.

Yep, life happened. Between my scheduled rest day Tuesday and sitting out Wednesday, I felt like my whole training plan was off-track. Despite weeks of hitting my benchmarks, I felt like the whole plan was setback.

Fast forward to this morning. Instead of dwelling on the missed run yesterday, I just made sure I was prepared to get caught up today. My bags were packed and I was out the door and on the way to the gym by 6am.

By the time I hit mile 4, though, I was feeling like a crazy man. Everything felt great and I knew I could do more than I had scheduled. So I cranked up the pace and decided to run both of the last two miles at a sub-9 pace.

Yeah. I did that.

Here's what I ran compared to what I had scheduled: 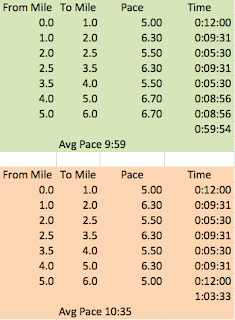 It may not seem that different, but I ran two miles at a sub-9 minute pace after already running four miles.

You better believe I felt awesome after that. And I looked awesome, too. 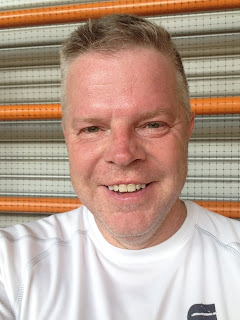 Who's feeling completely trained and ready for a fourteen mile run on Saturday? This guy!

Email ThisBlogThis!Share to TwitterShare to FacebookShare to Pinterest
Labels: challenges