I really enjoy having a birthday the second week of January. By then, the insanity of New Year's Resolutions has drifted away, lost like so much confetti and spilled champagne. Promises made in a moment of drunken revelry rarely hold up to the light of day.

But all is not lost. In fact, having some extra time to think about the year past and the year to come is often a very good thing. Instead of wishful resolutions, I'm able to set realistic goals and map out a course of action to achieve them.

Looking back over the last several years, for example, I can see clearly what it was that I accomplished:

2010 - The Year of Losing Weight
My first true efforts to get my ever-increasing weight back under control. And it worked. Pounds came off and I felt like was back in control of my life. 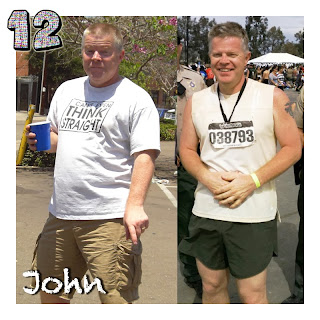 2011 - The Year of Firsts
(Super Spartan, Ragnar, Tough Mudder, Half Marathon, Marathon)
I started running in December 2010, so 2011 was definitely the Year of the Firsts. I moved way out of my comfort zone and said "yes!" when asked about running obstacle races and long distances. And before the end of the year, I would accomplish my favorite "first" of them all, the Marine Corps Marathon. 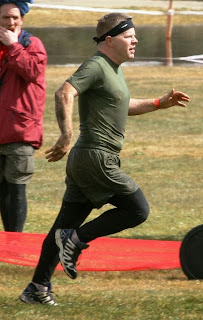 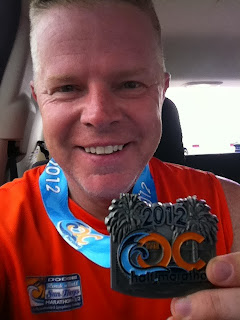 2013 - The Year of the Relay
(5 Ragnars, 1 Cap to Çoast)
Last year, I ran three full marathons (Carlsbad, Phoenix, and Marine Corps), but I feel like the year itself was all about the Relay Races. Partnering with a team and riding around in a van for 30-something hours makes running more than exercise. It turns it into a 200-mile party. And I love it. 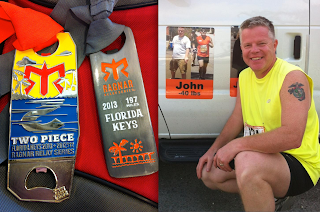 Which brings us to this next year and my plans. Here and now, I'm putting it all out there so that everyone will know. More importantly, everyone can hold me accountable. Without further ado, I give you:

2014 - The Year of Fitness
(renewed focus on full-body strength and overall health)
Yep, it's as simple as it is complicated. But I need to go back to the basics and focus on my overall health and fitness. And that means a whole new look at my weight, my eating habits, my training routine, and what I need to do to bring it all together to reach my 2014 goals.

Over the next few weeks, I'll be blogging about how I intend to make 2014 my healthiest year ever. I'l spend some time focusing on nutrition, strength training, distance running, and how to bring them all together. And I'll also be sharing my plans for my 48th birthday in January 2015, because having a goal and sharing it with friends makes it harder to give up on it when times get tough.

Email ThisBlogThis!Share to TwitterShare to FacebookShare to Pinterest
Labels: 2014, 2015, birthday, goals, look back