Yes, You Can Be A Success Story.

Not too long ago, I spent a year working for a health and fitness company. I had started there as a member and then became their Success Story Manager. I won't say much about the company or my time there, just that it wasn't the fit I had hoped it would be. But I wish them all the best and I still consider some of the members that I met while on the site to be among my favorite people. So all's well that ends well.

There is a specific reason I bring it up now, though.

One of the biggest challenges I had was convincing the powers that be that a "success story" was more than just those people who had lost half their body weight and were magazine-cover ready. Don't get me wrong, those people are truly amazing. But there are other success stories that deserved to be celebrated.

Jane loses 50 pounds. She still weighs 300 pounds, but her weight loss is enough that her doctor decides she is able to discontinue one of her blood pressure medications. That's a success story.

Joe loses 10 pounds. He still weighs 240 pounds, but he has successfully completed the Couch to 5K Program and is now working on his next challenge, running a 10K. That's a success story.

Mary hasn't lost any weight at all. She's just starting her journey. But she has spent the last week sticking to her plan to track her eating and to walk 10-15 minutes each evening. Yes, that's a success story.

And here's the kicker. We all love the dramatic weight loss stories. We see the before and after photos and we think, "wow, that's amazing!" But many of us can't see ourselves ever achieving that level of success. It's like trying to find the courage to sing out loud and having someone say, "just watch the Grammy's and you can see people doing it."

No. That doesn't help everyone. Some of us need to start on a smaller stage, so to speak. We need to watch someone sing karaoke in a darkened bar somewhere. That's a big enough leap for us but still one that makes us think, "yeah, I could do that."

Again, dramatic weight loss stories are amazing. Those people who accomplish that do so with dedication and commitment, and they are to be celebrated. Definitely.

But there is room for other success stories. Smaller successes, perhaps, but every bit as meaningful to those people on their journeys. So I share this blog to remind people that you are not competing with other people, you are challenging yourself to do whatever it is you are capable of doing.

Start a streak of eating healthy lunches for a whole week? That's success. Walk a full mile three times a week? That's a success. Whatever your first step is, take it. And be proud. And celebrate every bit of success as it comes.

And now, the kicker. The reason this came to mind? Because when I worked for that company, I remember telling my boss that I considered myself a success story for finishing a full marathon, even though I was never going to be one of those elite types featured in Runner's World magazine. 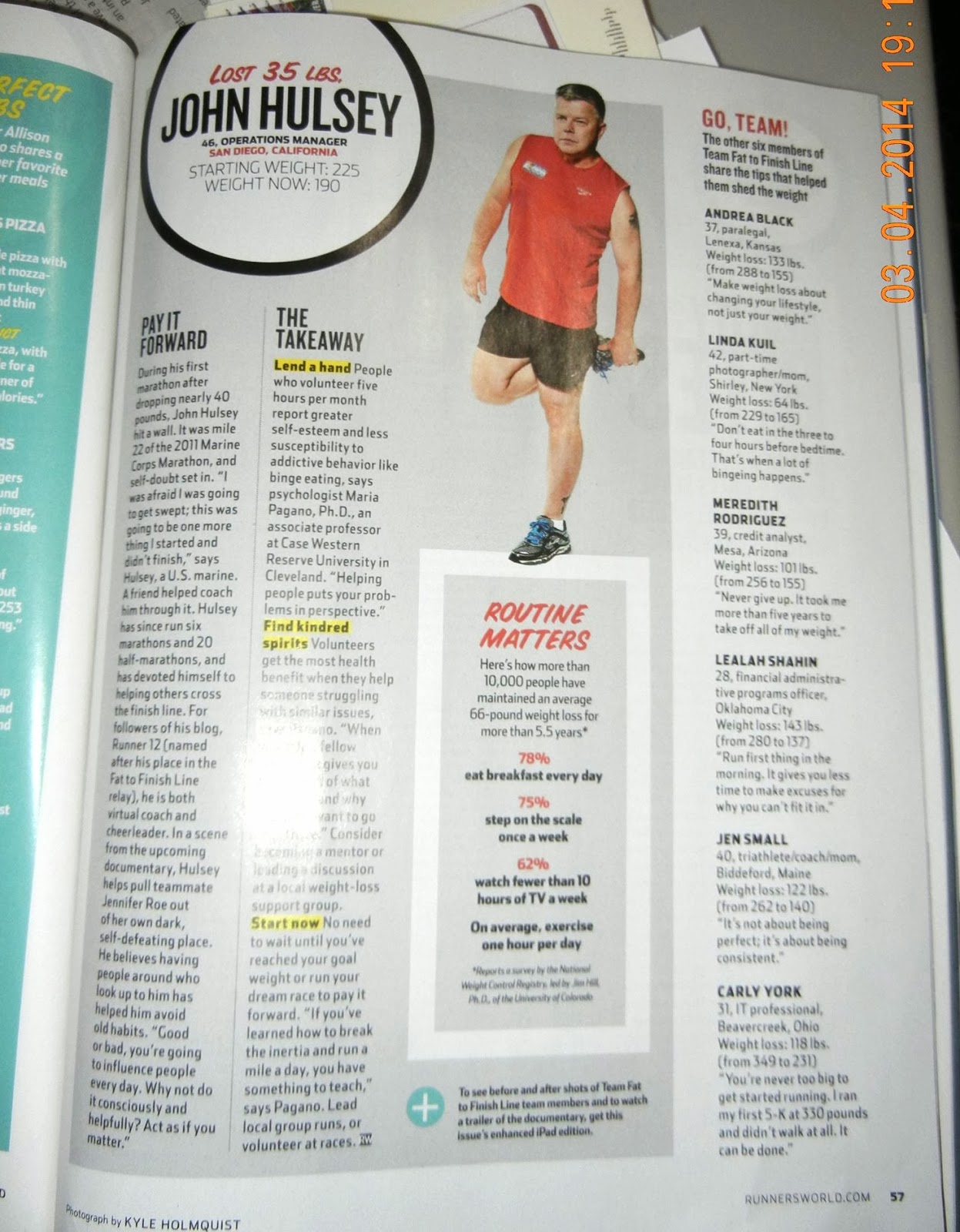