The New York Times and My Wedding Photo

Fun story that I meant to blog about and just never did.

I follow a columnist named Steven Petrow, and last year he posted a question from a reader in the military about how to introduce gay couples. I replied, we struck up a conversation, and he asked if I would be okay with him using my wedding photo in a future column.

Of course, I said yes. And he did. And just like that, my wedding photo appeared in the digital issue of the New York Times. And it's awesome that I get to say that.

How To Introduce A Gay Couple 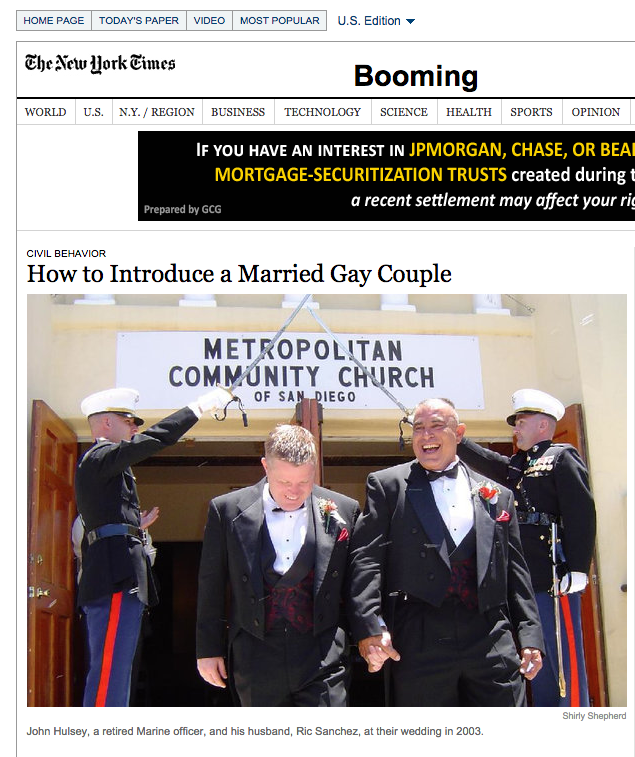 Full disclosure time. I did not retire from the Marine Corps and I was not a commissioned officer. Mr. Petrow is not familiar with military terminology and misunderstood when I said that I was an NCO. No harm, no foul, but I do not want to claim service that I did complete.