Another Friday, another chance to give a shout-out to people that make my life better just by being in it. Today, it's all about Dani and Matt Coy. 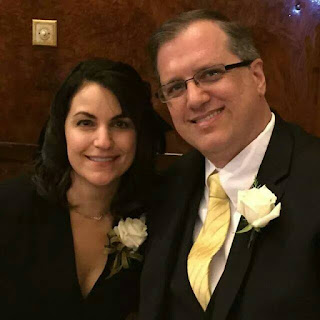 I met Matt first when we were both banking colleagues back in the late '90's. I worked for a San Diego bank, he worked for a Santa Barbara bank, and we met at a software conference. He's the kind of guy you like immediately, and we struck up a friendship that has lasted more than fifteen years now.

Later, when Matt relocated to Texas, I had a chance to get to know Dani, his wife and their children. They were (and are) a great family, devoted to each other and as close as any I know.

Over the years, I have watched as the family has dealt with more than I could ever have imagined. Throughout it all, they have remained the same kind, generous, and loving people. They are the first to step up whenever there is a need, donating time and money to strangers and friends alike. They truly are an example of what "good people" should be.

Recently, on a weekend trip through their town, I had the chance to spend the night and have some time to catch up with Dani, Matt, and their son, Bennett. There just aren't the words to express my gratitude to the family for offering me more than a place to sleep. What they gave me was true sanctuary, a chance to be surrounded by people who truly care about me and would do anything to help me be and feel better. And what may have just seemed like another conversation to them was actually a chance for me to open up about some things that have been weighing me down lately. And no surprise, saying them aloud to true friends made the load seem so much lighter and the problems less troubling.

If success is rated by the kindness you bring to the world, Dani and Matt are wealthy beyond measure. And folks like me (and my husband) are so grateful to be their friends. 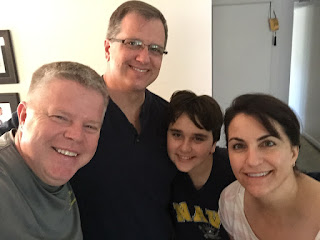 If you have friends like these, be thankful. Be vocal. Tell the world all about them.

And if you don't have friends like these, get some. Because they make the rough spots smoother and the good times greater.

I love you, Coy Family!

Email ThisBlogThis!Share to TwitterShare to FacebookShare to Pinterest
Labels: fanboyfriday