The Long Road to Long Beach

After the emotional experience that was my San Diego Rock 'n' Roll Marathon, I really struggled to find any motivation. And as has happened before, I fell further and further into a spiral of bad moods and bad choices.

That's been the last couple of months for me. There's more to the story, of course, but that's for another blog. I'll just say that these have been very dark days. But they haven't been the end of me. Nope, that's not happening.

So I had to find a way to get myself back on track. An unexpected invitation to run the Marine Corps Marathon was just the push I needed. And though I am not going to be able to get to Washington, DC, this October, I found another local event happening about the same time and signed up for it.

My next big race will be the Long Beach Marathon on October 9th. I'm not looking to set a PR at the event, but I do want to cross that starting line feeling confident that I am ready for the full 26.2 miles. That means I need to be focused and committed for the full nine weeks available for training.

Good news. I'm off to a fantastic start. Turns out, that spiral can work the other way, too. One good choice can lead to another. I went for a run and completed a simple 5k. That made me want to make better food choices afterwards. And eating a healthier dinner made it easier to wake up the next morning and go for another run. And there it was again, the "one thing leads to another" effect, but this time it was a positive chain that has had an immediate impact on my mood. 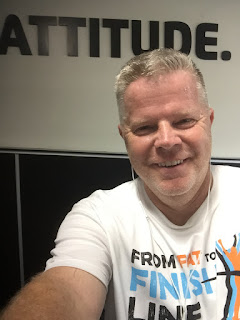 After gaining way more weight than I ever imagined I would, I have turned it all around with a few healthier choices. I have:


But this, friends, is perhaps the single more important thing I have done. I made a promise to myself that I would write this blog, honestly and openly, and that I would post it before I had the chance to over-think it or worry too much.

And here it is, the whole ugly truth. I'm featured in a documentary about weight loss yet I've gained the weight back. I'm cited as an inspiration for others but I've been feeling like a complete fraud. And I'm trying to encourage others while I've been completely falling apart myself.

Sometimes, the truth sucks. But if I've learned anything over the course of nearly fifty years, it's that there is a big difference between being down and staying down. I've been down for a very long time, but I'm finally seeing the way back. 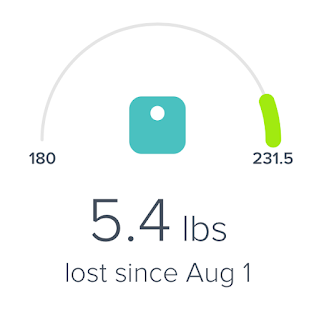 So here's the good news. After only one week of healthy eating and consistent workouts/runs, I am already feeling better. The numbers on the scale are better. And most importantly, I am looking ahead to what's coming instead of dwelling on what has happened behind me.

In one week... seriously, one week... I have lost 5.4 pounds. It's not something I was actually trying to do, and it is not a weight loss I expect to repeat week after week, but it's a nice affirmation that the basics are still the way to go.

I'm not starving myself. I'm not overdoing it at the gym. I'm just making good choices. And I'm seeing positive things happen because of them.

I have a lot of work ahead of me. I know that. But it all starts with a decision to change the things that are making me unhappy. So I am.

And that's how I am going to successfully complete the #LongRoadToLongBeach.