To Full or Not To Full?

In less than eight days, I will be standing at the start line for the Long Beach Marathon. And honestly, right this moment, I can't say if I will be running the full or the half marathon. 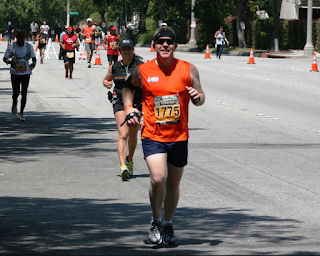 In 2012, I started a marathon training program that I called Project One Five. Over one hundred days, five tasks each day, I trained to run the Pasadena Marathon. And I was successful. I ran my fastest marathon ever - 4:40 - even taking twenty minutes off of my previous PR. It was a good program and a great performance.

By comparison, I didn't train at all for the 2016 Rock 'n Roll San Diego Marathon. I had an amazing race day experience because of my race companions, but it wasn't a very impressive running performance. The course limit was seven hours and I used nearly every minute of that.

Run The Half Marathon

There are so many good reasons to run the half. I have trained, yes, but not as consistently as I could have. My longest run was seventeen miles, which is enough to know I can finish the full distance but not enough to make me feel comfortable that I'm ready. If I switch to the half marathon, I know I can deliver a solid performance and finish strong. 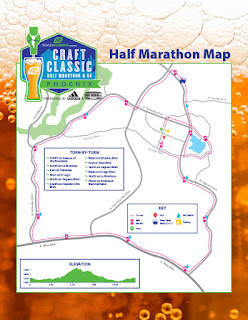 I also have more events ahead. One week after Long Beach, I am running the Road Runner Sports Craft Classic Phoenix Half Marathon. That is an event with my From Fat To Finish Line team, and it's important to me that I am ready to run another distance event right after. Run the half in Long Beach and I'm more likely to run strong in Phoenix.

There have been some crazy life distractions that have sidelined my training. They aren't excuses, just real-world things that have demanded more of my attention. My husband's fall and concussion meant trips to the hospital/doctor and watching over him, of course, but that took time away from long runs. Starting a job nearly thirty miles from my home took time away. And my own personal drama with depression and anxiety didn't exactly make me want to leave my home, let alone go for a double-digit run.

Most importantly, I have nothing to prove with this marathon. I'm not running it with anyone. I'm not running it for a personal record. And while it is the first in a series of three events in the Beach Cities Challenge, a half marathon qualifies just as well as a marathon. Running either is considered completing the event.

Obviously, running the half marathon is the only choice that makes sense.

And yet, there are so many good reasons to run the full marathon. Even with no training, I finished the San Diego marathon in June. I'm more trained now, which means there is no chance I don't finish Long Beach. I signed up for it, I've (kind of) trained for it, and I should run it.

I also owe it to my running coach to give this my very best effort. Dropping down to the half sends a message to him that perhaps I am not the runner he thinks I am. Or worse, maybe I just don't have the commitment that I claim to have.

Why else should I run the full distance? Because maybe... just maybe... I am looking at the half because I'm being lazy. Why go 26.2 when I can run 13.1 and people will still write nice things on my Instagram and Facebook posts? Have I really been taking all the compliments ("Wow, you are running a full marathon?! That's amazing!") without really intending to run it all?

The answer seems obvious. If I can run the full marathon - and we all know I can - then I have an obligation to myself, my coach, and everyone who has ever cheered me on to get out there, suck it up, and do all 26.2.

I'm not a quitter. I'm not sandbagging. And I will push myself as far as I can as long as I can until I can't go any further.

I'm running the full marathon. Let's do this. 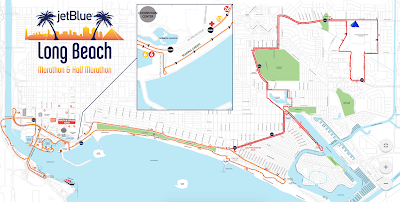