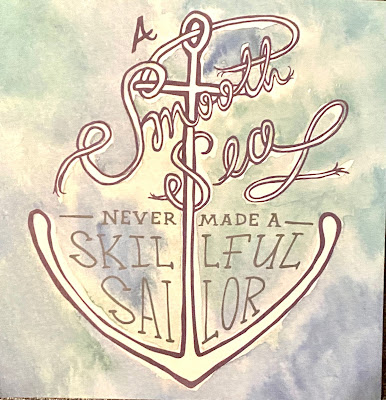 It's true, skillful sailors are made so by the experiences on the sea. The harder the gales, the more powerful the waves, the more confidence a sailor develops in his ability to ride out damaging storms.

Ric's storms came on land, and he was battered by those he loved and trusted. Their words and actions were constant battles that he was forced to fight. While other people might have used those experiences as excuses to lash out at others and cause damage themselves, Ric made different choices. He chose to grow from those hard times and became, instead, a lighthouse of compassion and kindness to others.

Ric crossed a dangerous sea, learned what it took to navigate those waters, and has been a lighthouse ever since for others making their own dangerous journeys. There is no way to over-state how amazing that is.