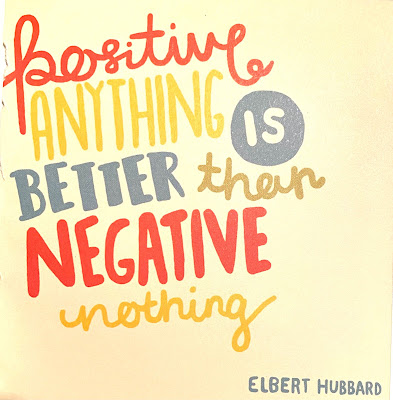 Positive anything is better than negative nothing.
Double positive is better than a double negative? I think I’m just gonna let that slide.
John tries really hard to look at the positive, even during bad circumstances. He’s a glass half full kind of guy, even if it’s half full glass of Card-Boardeux. He is a “positive realist." He looks at the good but not so much that it feels fake. I like that. When I’m in a shitty situation he doesn’t focus on the shit. He focuses on how to get out of it.
~ Ric