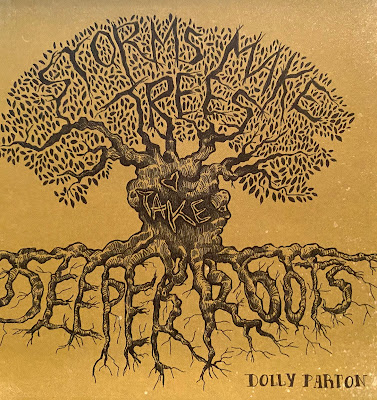 John has had MANY storms in his life. He had a self-absorbed failure for a mother. No father because his mother would not tell John who his father was so he would be more dependent on her. The Military establishment was no better.

Through this all, he grew deep strong roots. As a boy he relocated away from his mother into a “foster grandparents” situation. He made good and long-lasting relationships in the Marine Corps that last to this day. He created a family for himself, none of it along blood lines. He reached out to so many in need and created strong bonds with people who have leaned on him and he has leaned on in hard times. Put himself through college. Worked hard to excel at jobs.

Basically, John has grown his own deep, strong roots in some really precarious soil.