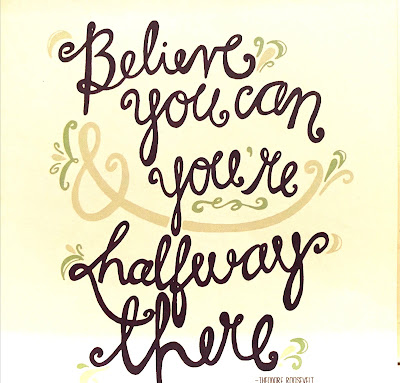 I think John has always had to believe he could. There was no one there to help him. Certainly not parents. He struggled through childhood and when he finally got into the Marine Corps that too became a struggle. Relationships were fraught with lying selfish people who were there just to take advantage. Just believing he was halfway there is what got him where he is today. He is a believer. He believes most people are good even though many times that has not been the case. He believes in good causes and good institutions though many have turned out to be more self-serving than benevolent. But still he believes. He astounds me with his faith in humanity and his commitment to press on.