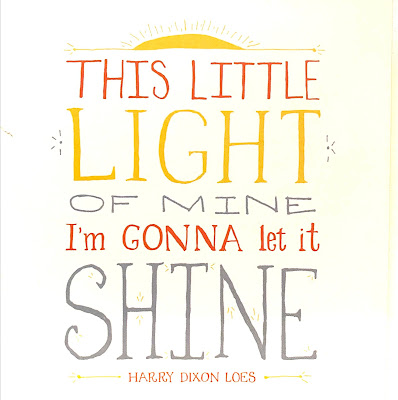 Even when he really doesn’t feel like it, John still lets his light shine. He works at making things better. Even when he is criticized about it (which really hurts), he still lets his light shine. He gives everyone the benefit of the doubt and even after some of those people turn out to be just bad apples, he carries on for those who deserve his sunshine. He is basically just a good person trying to be his best for himself and for those who need it. His caring has its limits, but they are far beyond any limits I have for bad apples.