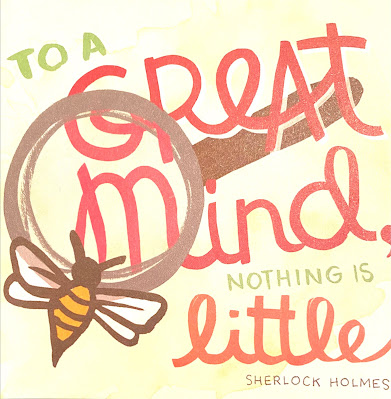 Sherlock Holmes was correct, you know. Nothing is little and everything has the potential to be important. For example, it might seem that sitting on the back steps for an hour doesn't matter at all, especially compared to a weekend in the country or a vacation abroad.

But since I've fallen in love with Ric, some of the biggest experiences have come out of otherwise ordinary moments. Maybe it was a simple conversation that became a major decision. Perhaps it was the moment, itself, that started small but ended up being so important and powerful.

With Ric, every little thing matters. And I love that about him.