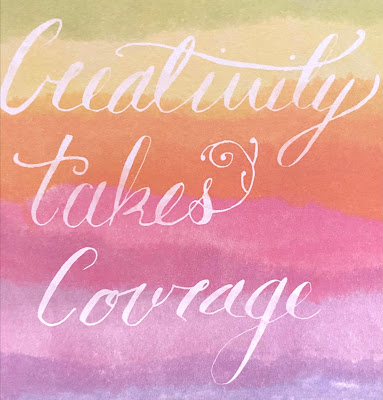 I used to have a very simple idea of creativity. I saw it in those who sang songs or wrote movies and plays. If you did those things, you were creative. Simple, right? Too simple.

As an adult, I really began to appreciate the complexities of creativity. And then came Ric. And he is truly one of the most creative people I have ever known. He sees things that aren't there, yet, and then he does whatever it takes to make them a reality. And he has the courage to pursue those things even when others can't see his vision or understand his plans.

He is clever and artistic, passionate and committed. And those all combine to give him the ability to create art, food, and sometimes even entire rooms. There is just no limit to what he can create.