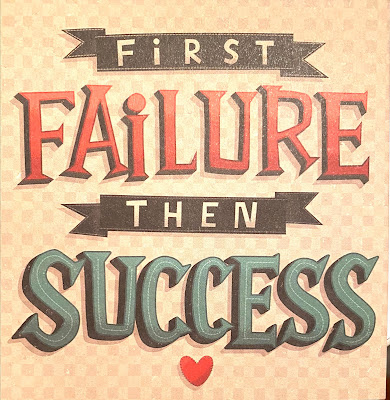 Is it really failure the first time you try something and don’t succeed? It’s really more of a test run. Like when you were kids and you tried the hot wheel car on the track the first time and then you had to readjust the track a bit because the car flew off the track. How many times did Edison try to make the lightbulb before it finally worked?

John tries hundreds of scenarios before coming up with a plan and that doesn’t mean the plan doesn’t need tweaking. It’s just part of the process. The important thing is do not give up. And with John there is no quit.