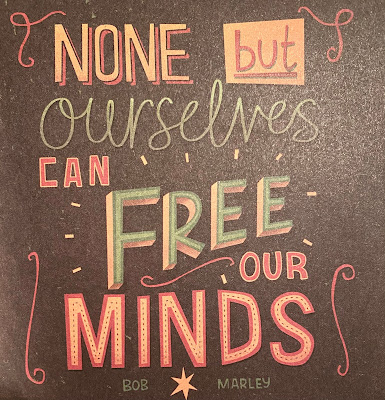 When Ric was growing up, he heard a lot of negative things about himself from people that he thought were right about him. He was told that he was dumb, that he would never keep up with the smarter kids, and that he would struggle with learning his whole life. He was also told that being gay was wrong and that he should feel ashamed of it.

But Ric worked hard to unlearn those beliefs and to finally find pride in what he can do and who he is. He is smart. He is clever. And there is nothing wrong or shameful about living his life openly and honestly as a gay man.

My husband decided he didn't like what he believed and he changed. He created his own mindset of intelligence, passion, and acceptance. He freed his own mind.